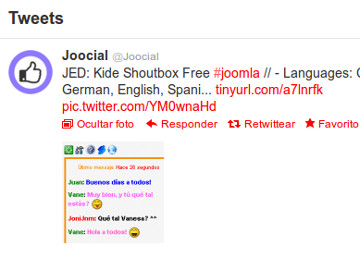 The pic.twitter support provides the ability to automagically include an image in your Twitter posts.

If the image is external, AutoTweetNG downloads it as a temporary file and publishes the full post.

You can check how it works in our leading site for Joomla News: http://www.joocial.com and http://www.twitter.com/joocial.