XTDir 6 for Bootstrap 3 and SobiPro 1.2 is almost here

XTDir 6 is the next major version of the greatest extension for SobiPro. In this release, we are featuring an extensive review for Bootstrap 3 and SobiPro 1.2. At this time, we are releasing XTDir 6 for SobiPro 1.2 Beta 1 and you can check it live in our demo site: http://demo.extly.com 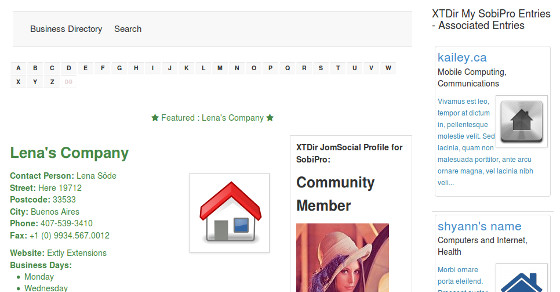 Beyond these outstanding features, we have taken the time to rewrite many features for speed and created a final package ready for mobile devices.

The future looks bright and the times ahead are exciting. This is our new platform for mobile content management. We have already started rolling out and we intend to amaze you with every new release.

Please, check the final list of features packaged in this beta release. Do not upgrade any of your production sites to the beta version as beta is ONLY intended for testing and there is no upgrade path from Beta.