How to update Joomla 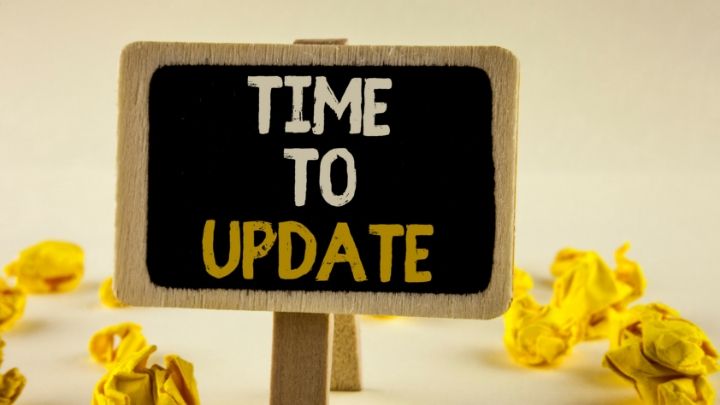 Keeping your website updated has several benefits, among which we can mention getting the latest features and bug fixes. But without a doubt, the most important thing is to keep your site safe, because by updating it, you get the newest vulnerability security fixes, and avoid problems.

Joomla is a free and Open Source Content Management System (CMS) for publishing web content. Over the years Joomla has won several awards. It is one of the most popular website software since the platform is user-friendly, extendable, multilingual, accessible, responsive, search engine optimized, and so much more.

These are the last three minor versions of Joomla and its main features:

How to update Joomla

Now, knowing which are the latest versions of Joomla, it's time to talk about how to update your website to take advantage of all these features.

First of all, and as good practice before updating any software, make a backup of your website. This step is fundamental to be sure that if there's a problem during the update, your data is safe and you can go back to the original state.

If your website has Joomla 3.5 or superior, the recommended way to update is using the Update tool, found in the Components menu of the Administrator area.

Updating earlier versions? You must use the Install Method.

Each time a new version is released, you will see this message: Joomla 3.9.X is available. Update now

In the Update component, you will find the current version of the site, the latest version available and a button to Install the Update. Click the button and allow the update to take place. 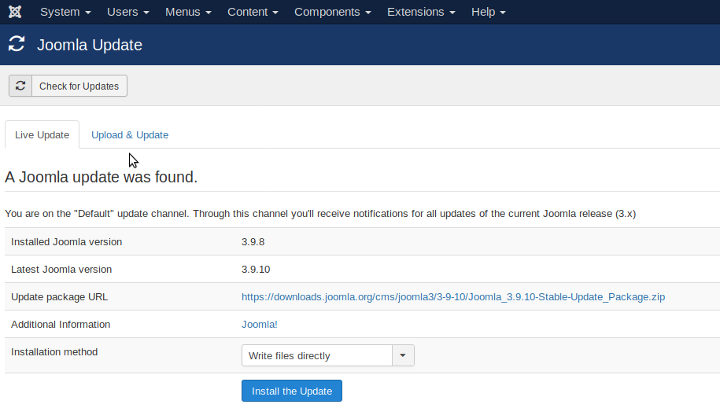 After this step, you will get the following update status: Now your version is 3.9.X.

Once the update is complete, it is recommended to clear your browser's cache so that you can check your website and make sure the update has been done correctly. Besides, there are two checks you can do to verify a successful update. Go to the Extensions Manager, check the Database Status, and go to Discover to find if there are new core extensions successfully installed. 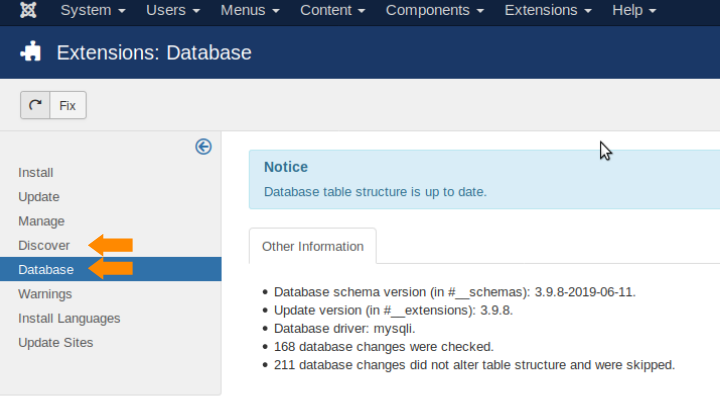